Corrosion of power transmission infrastructure is a global problem, but now there is an effective, permanent solution.

Historically the corrosion has been accepted as an unavoidable consequence of transmitting power. The most frequent remedial action was the replacement of the affected metallic elements, or the entire infrastructure. Not only is this approach invasive, disruptive, it is also incredibly expensive, both in terms of the replacement and the operational downtime.

As you might expect innovators have made a number of attempts to solve this problem to varying degrees of success, but none have been entirely effective, until now.

Using the Conducrete system utilities across the globe are now extending the service life of their transmission infrastructure, confident that the threat of corrosion is now permanently prevented. 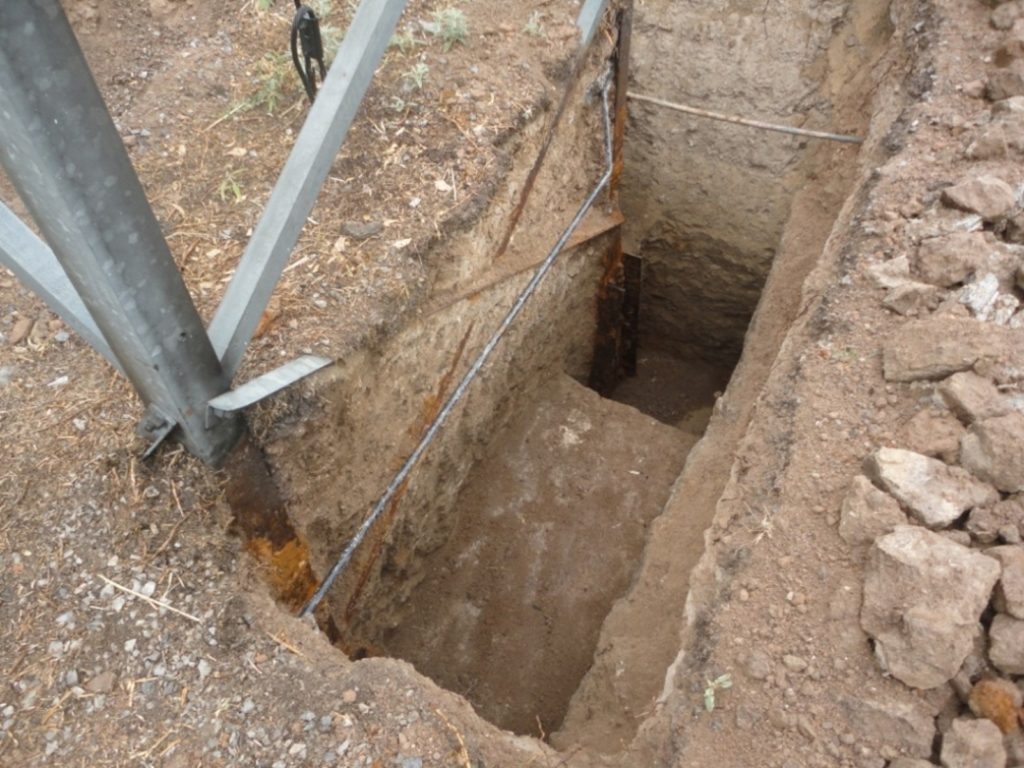 The limitations of insulating products

One of the most common attempts to prevent corrosion of direct buried steel, or wider power transmission elements has been to use insulating paints or coatings on the steel prior to installation and burial. This in theory is a sensible method, after all if electrical current cannot escape the steel then it will not discharge and there will not be consequential corrosion. Unfortunately in reality it is severely limited by the relative robustness of the insulating medium. It is very common for the insulating coating to become scratched, dented, or punctured, and this becomes a location for electrical current to discharge, once again resulting in corrosion.

How does our method work?

Conducete overcomes the limitations of insulating products on two fronts: it is significantly more robust and will not be damaged during or following installation. Secondly and more importantly it works with the electrical current instead of against it. Whilst the insulating methods resist electrical current flow, the Conducrete solution will enable it to freely discharge, but as it encases the steel transmission infrastructure it prevents any corrosion. This substantially extends the service life of the transmission infrastructure and also ensures that electrical current discharges are effectively, and safely managed.