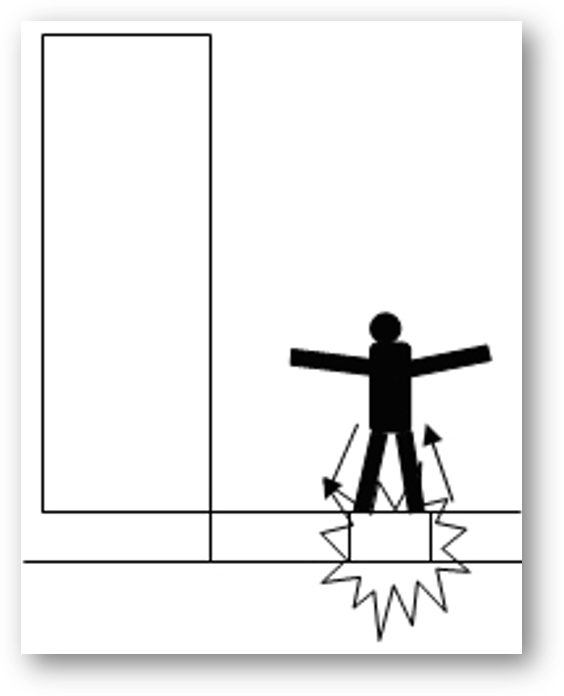 Touch potential is the prospective exposure to electrical current in the event that someone is touching a piece of infrastructure at the moment it is subjected to fault electricity. Step potential is a similar concern but considers the likely volume of electricity that may be inducted through the feet and legs of a person standing within the vicinity of a piece of infrastructure during fault conditions. This may not immediately make sense but it is worth considering the behaviours of electricity; it will always seek the path of least electrical resistance, meaning that it is easier to discharge, and it will dissipate over time within the strata of the earth proportionally to the resistance to electricity in the mass of earth.

In the event that the ground mass is offering a poorer conductive environment for electricity to pass than other elements, such as metal pipes, structural steels, or indeed human beings stood on the surface of the ground then electricity will induct to the preferable element, being the path of least electrical resistance (the least opposition to electrical current flow).

Frequently a rule of thumb is shown to be true being “if compliance with the requirements of touch potentials has been achieved then step potentials are unlikely to be at intolerable levels”.

Using the fault simulation capacity in CDEGS Earthing Services design engineers are able to theoretically determine how a given electrical earthing system may behave in the event of an electrical fault. One of the outputs that CDEGS generates following such fault current simulation is the performance in line with step potential voltages.

Using the performance data from CDEGS following fault current simulations Earthing Services design engineers are able to compare the performance of an electrical earthing system against the requirements of the governing standard. In the event that the site in question does not meet with the minimum performance requirements then further design work will be necessary until it does.

Complete Assessment with any Applicable Recommendations

The final design report will detail how the electrical earthing system performs in line with fault current step potentials and any advice or recommendations will also be provided to ensure that every Earthing Services site receives the best advice and knowledge available.

This page shares many of the same considerations as “Touch potential calculations” and Earthing Services recommends that interested parties also refer to that page.